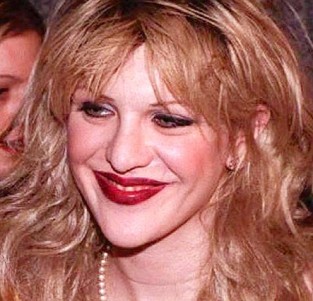 Courtney Love is pissed that Activision put Kurt Cobain in “Guitar Hero 5” and made him look completely different. As you see Kurt Cobain in the picture in this link, he’s much uglier and creepier.

Courtney rants about Guitar Hero franchise on her Twitter page, pretty harsh rants. If you’re brave enough to read that negativity like I can and don’t take it seriously, you’d find it entertaining.

I am kind of losing interest in the Guitar Hero franchise myself. It started out kind of cool…but it is kind of ruining the music industry.

I for one agree with Courtney that Activision didn’t even get Kurt right. If you see Nirvana’s earlier performances of “Smells Like Teen Spirit”, Kurt doesn’t look up to the mic and his hair is almost always covered his face when he plays guitar. Plus, when Kurt played live on stage, he doesn’t stand there like a zombie like Guitar Hero did. Kurt moved around on stage like crazy.

This is the reason it made me not want to get “Guitar Hero 5” and changed my mind about getting the game.