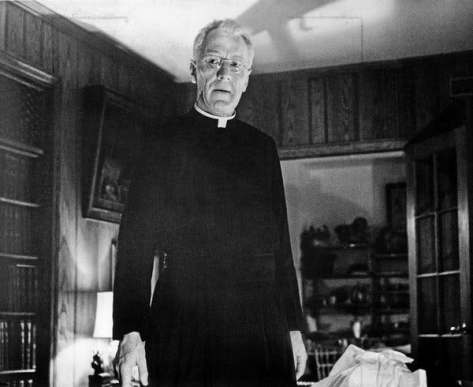 2020 takes another good one… Max Von Sydow legendary actor has starred in so many films over the years but he’s mostly famous for roles in like “The Seventh Seal”, “The Exorcist”, “Flash Gordon”, Stephen King’s “Needful Things”, etc. The list keeps going on and on.

Max was an actor who loved what he did. He kept going at it until he couldn’t do it anymore. He kept acting until he died in reality ’cause it’s what he loved to do, it wasn’t about the money for him at all. Over the years, Max starred in films in just about every genre you could think of… he did it at all from drama, comedy, thrillers, science fiction and even horror films. He didn’t star in too many horror films but he was most famously in “The Exorcist” in which he played Father Merrin… the famous “The Power of Christ Compels You” scene and he was the leading villain in Stephen King’s “Needful Things”, the film in which he starred as the film’s leading villain, Leland Gaunt.

He also did a role in HBO’s “Game of Thrones” TV show and I remember seeing him in it. Max was a phenomenal actor and he could play everything that threw at him no matter the age. He really was a great talent. Probably the best out there. I also remembered him in “Rush Hour 3” and “Minority Report”. He’s been in so many good movies.

I thought his best role in his career was in “The Exorcist”, of course even though it was kind of a small role… he only appeared toward the end of it… the exorcism scene. Everybody wants to talk about “Flash Gordon” and I’m sure many will forget that he was in “The Exorcist” too.

RIP Max and thanks for the entertainment.