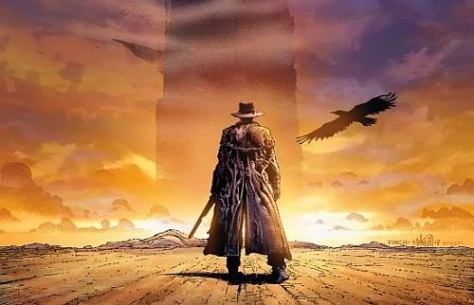 Stephen King himself is the first to exclusively report official casting for Ron Howard’s “Dark Tower” movie. Idris Elba has been confirmed to play Roland Gilead aka “The Gunslinger” and Matthew McConaughey has been signed to play The Man In Black which is the main villain for the series.

I don’t know about Idris Elba playing Roland though ’cause Roland wasn’t a black character. Look at the “Dark Tower” comics by Marvel, Roland was a white dude, not black. That’s gonna confuse a lot of people for sure.

They need to cast someone for Jake too. They won’t cast anyone for Eddie & Susannah ’cause they don’t appear until “The Drawing of Three” which was the second novel so Eddie & Susannah will be in the sequel.