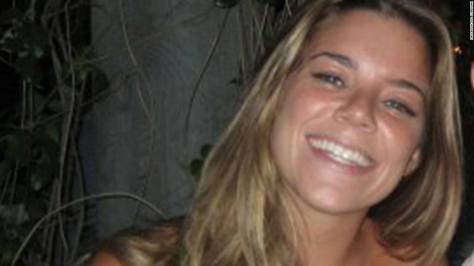 Like most, I too am outraged and disappointed in the Kate Steinle verdict. The San Francisco jury letting Kate’s killer walk a free man. Not surprising really ’cause this fuckin’ country has always been too afraid to call what illegal aliens really are… dangerous monsters. No doubt that Kate’s killer was totally guilty ’cause there was video evidence showing Kate’s killer fleeing the scene and throwing the gun into the San Francisco bay. There were witnesses who took photos and video of the incident. That stuff would have been good enough for a “guilty” verdict but not not surprisingly, the jury has decided to side with Kate’s killer.

This just proves that the justice system in law is pretty broken. It always has been for years. I’m so sick of this country acting like illegal aliens are harmless and lovable people. Pretty crazy, ya know??? For some reason, this country has a big problem kissing illegals asses and I’m sick of it. Illegal aliens have always been a problem in this country. The media refuses to call them for what they really are and politicians refuses to call them for what they are. It’s just dumb.

This is why we all voted for Donald Trump in office ’cause when he went down that escalator at Trump Tower to announce his presidency, and he gave that historic speech that’s when we all got on board to support him once he got into the topic of illegal aliens. Trump  blew us all away when he started calling illegal aliens for what they really are… dangerous and violent animals. Sure, not all illegal aliens are dangerous and violent. Some of them might be harmless but either way, they don’t belong here at all. We don’t want illegals living better lives than us actual citizens. We’re fed up with it at all and that’s why Trump got elected.

I’ve had it with liberals thinking there is nothing wrong with illegals… thinking they won’t hurt us. Are they fucking serious??? They’re defending people they don’t really know which is even more crazier. Liberals are so hung up on their “human rights” stuff that it’s gonna get us all killed. Liberals don’t care about actual Americans. It seems that they are more concerned about the well-being of Muslims and illegal Mexicans than us Americans which is sad. The reason is that liberals only care about control and more power. That’s why they do what they do. Liberals are delusional and mentally ill. I’ve gotten slammed by liberals for calling Muslims and illegal Mexicans violent. Got called every name in the book: racist, bigot, etc. I’m tired of it. We all are.

We really need to build the wall and deport them all. That’s what we elected Trump for. So far, Trump is doing a good job getting illegals out of the country with ICE but that’s not enough. WE NEED THAT WALL UP. The border wall is currently in construction right now but very slowly. Hopefully Trump gets a lot tougher on illegal immigration right now.

When will the left ever wake up on illegal aliens? When an illegal alien has a gun pointing at their face, would that be good enough for them to wake up then? No. They’ll still be afraid to hold them accountable after that. This country is messed up for sure.

Lets hope and pray that wall gets fully built before 2020. If not then Trump may lose my support and I’m serious about that. I’ll consider getting off the train. I’m saying I might. It’s not a definite yes.

One thought on “Thoughts on the Kate Steinle verdict… we really need that wall more than anything now!!!”