While Black Sabbath had no choice but to cancel their entire tour that they planned due to Tony’s cancer announcement, the band said they were still going to play a few shows, as a way to keep the fans happy. Tony maybe okay right now, but this is a good time to play a few final shows before he gets worse with his cancer until he isn’t able to play guitar anymore.

While I’m sure Sabbath is still getting a lot of hate from fans because of the Bill Ward controversy, I wish everyone would give the band positive vibes. Simply because Tony is having cancer and the band deserves to retire on a positive note, but fans continue to disrespect the band by blaming Bill’s departure on Sharon and all that stuff. Look, the band is going through some hard times with Tony’s cancer, you think people would give the band respect? No, people just want to continue to be assholes to them.

Sabbath deserves all the support and respect, ’cause Tony is a legend. With or without Bill Ward, it’s still going to be a great fuckin’ performance. Sabbath went through many different members over the years. I also believe that Sabbath went through a different drummer while Ozzy was still frontman in the 70’s. Bill has always been difficult on the guys, so never blame it on Sharon.

Lollapalooza 2012, could be Sabbath’s last and final gig ever. Perry Farrell, who is the longtime founder and owner of the legendary festival, says he’s thrilled and excited to have Black Sabbath perform. He also says he couldn’t believe they actually accepted his offer to play. 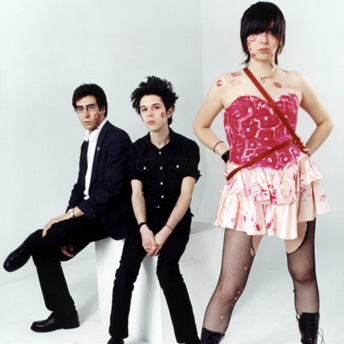 Due to Beastie Boys leading man, Adam Yauch’s shocking announcement that he has been diagnosed with cancer, it has forced the Beastie Boys to cancel their Lollapalooza show and postpone some tour dates, so Adam can recover.

The Yeah Yeah Yeahs, has been booked for a last minute replacement for Perry Farrell’s legendary music festival.

As much as I hate most of today’s music, I still say the Yeah Yeah Yeahs is the best rock band out right now. Most new rock suck ass, but I fucking LOVE the, Yeah Yeah Yeahs.

I picked up their newest album, “It’s Blitz”. Haven’t gotten a chance to hear the whole album yet, but I listened to like half of it. Very good stuff. I think the Yeah Yeah Yeahs are one of the best female fronted rock bands in a long time.

“Lollapalooza”, the longtime legendary music festival, being runned, owned, and booked by famous musician, Perry Farrell who just reunited his band, Jane’s Addiction. Of course, Jane’s Addiction will be one of the big headliners, many more big name bands will join the show along with a bunch of other unknown bands we never heard of.

Check out to see who’s playing this year here: