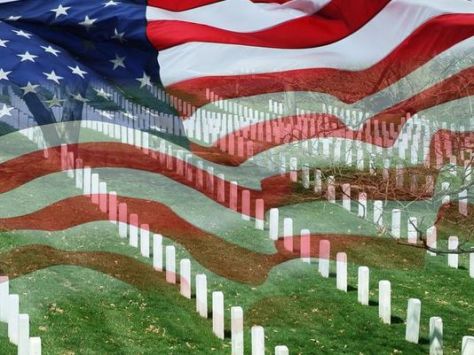 Today is a day of remembrance of those who sacrificed their lives for our country. Remember this is a huge part of why we “stand for the flag”. It is vital that our veterans that served alive and dead needs our respect and gratitude as much as possible. Thank you to all the vets.

Spent the morning at Arlington. Take time today to honor our fallen heroes. We're forever indebted to their families. pic.twitter.com/hChhhOVCS3

Can you guys see how much of an egomaniac and narcissistic man Barack Obama really is? Why does every fucking thing needs to be about him? Everything he does, he needs to insert himself into everything. Every holiday that comes, he inserts himself into it. Every holiday, you can very well believe he’s going to post a pic of himself.

His Memorial Day speech in Arlington, I heard it on youtube today and usual, inserts himself into everything. He was going off about how he ended the wars in Afghanistan and all that crap.

If you guys ever get it through your thick heads, he wasn’t honoring soldiers with his speech in Arlington earlier today…

He was honoring himself. Telling you to respect him since he ended the Iraq and Afghanistan wars. This speech is him saying, “Hey America, I ended the wars, now respect me”. He’s one arrogant son of a bitch. He always has been.

You delusional liberals would think he’s doing a positive thing here but he isn’t. This is all him begging for respect since he ended the wars.

Watch Ronald Reagan’s speech on the video below. Ronald’s speech is how a Memorial Day speech is supposed to be done. Focusing on America and the troops. Reagan left himself out of things. 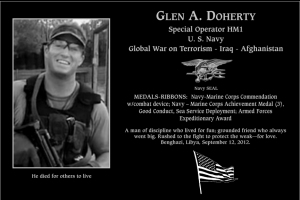 As you can see, two of our Benghazi 4 victims were former Navy Seals and yes, they were war vets as you can see here as Tyrone and Glen served in both Iraq and Afghanistan. You liberals and Democrats out there are big supporters of US troops? Well two of them were US troops. Yet you lefties treat them to shame and act like they don’t matter. Well, here’s a reminder that two of them sacrificed themselves and served our country.

Thanks to Glen and Tyrone. Thanks to rest of the US troops out there alive or dead. Happy Memorial Day.

In celebration of Memorial Day in the world of Hollywood, what are my favorite war films of all times? I’ll name ten of them at the top of my head…

I know there’s a bunch more, but these are my favorites.