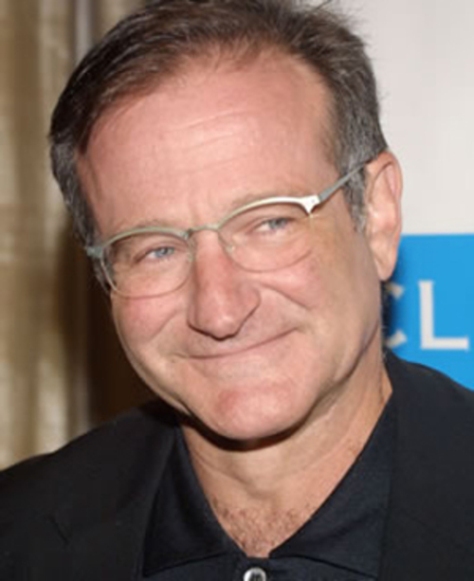 If Sony films studios wants the new “Popeye” CGI 3D animated to be a hit, then the only actor that they NEED to get to voice Popeye is no one other than, Robin Williams. While I know Robin is TOO OLD to be playing the live action Popeye in a movie, I don’t see why not he could do voice overs for an animated film? Robin has done voice overs for many animated films. Robin does the Popeye voice perfectly and I’m sure he can still do the Popeye voice very well. Do what’s right, Sony! Get Robin for Popeye again!!!! I’m sure he would love to play that character again but in animated form! That would be so sweet if they can get Robin and I’m sure they already have him in mind!!!

Damn, it’s about time that Popeye is getting some new big screen treatment! Popeye deserves it! I’m actually very excited for this, ’cause I’ve always been a massive Popeye fan myself. I’ve obsessively watched the cartoon series as a kid and even watched the live action movie with Robin Williams many many times.

It’s gonna be great to see Popeye, Olive Oyl, Poopdeck Pappy and Bluto back on the big screen but in a whole new style! Can’t wait. 🙂

An indie film, titled, “Welcome to the Rileys” which stars James Gandolfini and Kristen Stewart may soon be heading to theaters. This film was shown publicly once at “Sundance Festival”, so expect a worldwide release of this film. A release date hasn’t been confirmed yet, but they are hoping to release this film sometime in the Fall. I kind of predicted that this film will get a major deal soon since Kristen Stewart is “Twilight” famed.

There are rumours that Kristen has nude scenes in it. If it’s true, that she shows off her boobs it’ll probably be on screen for like a few seconds. Not sure if she has too many nude scenes or none at all.

Anyway, I’m looking forward to the film ’cause James Gandolfini just fuckin’ rules. I loved him in the Sopranos show, ’cause that was one of my favorite TV shows. Used to watch “The Sopranos” all the time.

So after a couple of month’s of playing this fantasy role playing adventure game titled, “Demon’s Souls”, I finally beat the game today. I’m relieved ’cause this game took me a long time to finish. It was long and challenging.

The story is about you playing the hero, who’s mission to save the Nexus from evil demons that has taken over different worlds. The demon’s were started by a villain named King Allant XII. The King has awakened the Old One, which is a beast under the Nexus. You must destroy each demon in each world to help the people in the Nexus. The Nexus is like a home for the hero to choose which level to start in.

This game is absolutely amazing and insane. The graphics were just phenomenal and beautiful. The action and gameplay were a blast. Although, fighting against enemies can be difficult and frustrating at times, some of the bosses on the levels are easy. There were only like two or three bosses I had a tough time beating but with practice and skill, you’ll get it. The great thing about this game is, you don’t have to beat every level in order, you can choose which level you want to start in. There are all kinds of weapons and armor to choose from. You even use magic spells and miracles. All kinds of weird creatures and knights to fight against. You even have to survive from huge monsters and dragons.

You walk through castles, caves, valley’s, etc. Only thing though, you’ll die a lot. When you die, they make you start the level over again. That’s why this game took me a long time to beat. In order for you to beat an enemy successfully, you must get more strength, faith, dexterity, and other things you buy from the Nexus.

This is a Japanese video game made by Sony and they released it in the US for the Playstation 3 only. I think this is one of my top 5 favorite games in my collection. For you video gamers out there and if you own a PS3, I would recommend this. It’s an excellent game. I hope they make a sequel to this game and they probably will.

Now that I finished this game, I can finally move on to “Call of Duty: Modern Warfare 2” which I will start tomorrow. 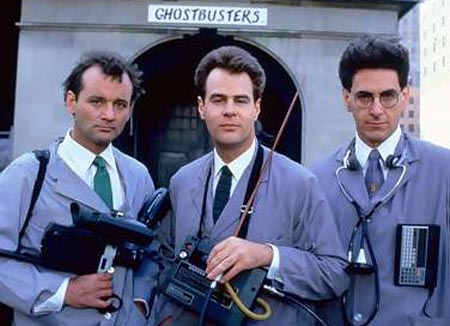 Since the next installment of Ghostbusters will focus on recruiting 4 young Ghostbusters to replace the originals, I wanted to name my choices of actors that should star in “Ghostbusters 3”.

Here are my choices:

According to AICN, look like “Ghostbusters 3” is heading into reality so it looks like it’s definitely happening.

See? I told you it wouldn’t take long for the new “Masters of the Universe” to get a new studio. It seems that Sony has picked it up.

I really am looking forward to this. I am also happy that the new He-Man movie will be taking place on Eternia and not planet Earth like the old movie.

I hope the new one stays true to the cartoon series and the action figures.

Release dates has been set for “Tron: Legacy” and Seth Rogen’s “The Green Hornet”. “Tron: Legacy” set for Dec. 17th of 2010, and “Green Hornet” pushed back to the same weekend that “Tron” is being released. So that means it’s box office competition!

I fuckin’ loved the first Tron movie and very excited for this sequel!

Excited for God of War III coming to the PS3 this year? I am! Haven’t played God of War I and II yet, but you don’t want to buy the PS2 just to play those two games? Don’t worry! Now you don’t have to!

By popular demand of God of War fans, Sony has announced God of War I and II will be released for the PS3 this coming Christmas season, before the third one even comes out. God Of War III is scheduled to be released sometime in March of 2010. Now you will be able to own the complete God of War trilogy.

This is sweet news! I’m definitely going to get all three of them myself!

There’s a new PS3 design that’s just been released, it’s called the PS3 Slim. The point of the new design is that it’s smaller and it looks different.

The prices of the original PS3 dropped down to $399.

The PS3 Slim is still the same game console, just a new design, that’s all.

I would keep the original design that I got now.

Fred Ward is too old to reprise his role, but they’ll probably give him a cameo role in the new movie.

I really liked, “Remo Williams: The Adventure Begins”, used to watch it all the time when I was a kid.