Jeff Zucker may have been trying to destroy Conan’s career, but he didn’t do a great job trying to ruin Conan. What did this do? This controversy did nothing but make Conan O’ Brien an even bigger star. Conan is fucking everywhere! Conan is getting support everywhere you see. From the real people like us, even celebs are supporting him, pretty much everybody.

The Conan Rally in Los Angeles was really amazing stuff. It may have been on MLK day, but I think it was in celebration of that too. It was kind of a march for Conan O’ Brien. Conan is now a legend. A huge megastar. NBC just made Conan O’ Brien the most powerful man on this planet. He’s being talked about everywhere on TV. On the internet. It’s just absolutely amazing and mind blowing to me!

Has any celeb or famous person got this much support before? No. Not that I know of.

I’m sure Jeff Zucker was paying attention to the rally. You’d think after all the bad publicity that Jeff and NBC is getting, you’d think he would give what the people would want? Nope. Not with NBC. Conan’s a smart guy for backing out on NBC. It wouldn’t be fair for Jimmy Fallon and Carson Daly, if Conan kept the 12:05 spot. Conan is an icon and legend now.

I’m sure today was very emotional for Conan at the rally, and I’m sure he was crying his eyes out. I would be, if that was me.

Conan is a mega star now and he’s about to get even bigger whatever network he appears on next. Will he still be on regular TV or will he get on a cable station? I’d say he should get on cable TV so he can be world known. I’ve been watching Conan and following his show for a long long time. He’s not only the king of late night comedy, he’s the king of TV. The man is just amazing!

Last night, on the Conan O’ Brien show, he came up with a pretty good idea that he was going to announce a few celebrity birthdays, and he was going to have one of them appear on the show. Hide a celebrity in a huge box and will reveal who it is later in the show.

Dolph Lundgren appears on the Tonight Show celebrating his birthday with Conan O’ Brien. Dolph hardily ever appears on TV that much and it’s good to see him again. Dolph is still looking good, too. Happy Birthday Dolph!

I really liked it a lot. Very entertaining and hilarious all the way through. Conan’s new show is no different than the last one. It’s still the same. Only difference, new studio design and new city. Although I do not like Will Ferrell, he was actually entertaining last night.

Pearl Jam played a great performance, they played a rare release of a song that I never heard before. So I guess, Pearl Jam did play one of their new songs from their upcoming new album that they’ve been recording in the studio. I’m actually glad Pearl Jam didn’t play anything off the “Ten” album and played something totally new that was never released. Smart thing!

I’m just glad we don’t have to stay up so late just to watch Conan anymore. Glad he is on earlier! 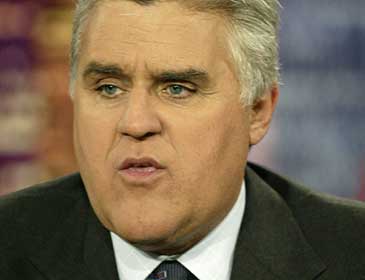 Jay Leno admits that he gets a lot of nay sayers, aka, haters toward his “Tonight Show” that he is hosting. Jay Leno laughs off the haters, brushes them aside, and says the haters are just part of the competition.

Let me correct that to what he reallys means, the more they talk shit, the more popular you are making them.

I’ve been saying this for many years in my blogs. The haters make people popular. How do you think Miley Cyrus is one of the biggest stars around? The same goes for Paris Hilton.

That is how gossip blogger, Perez Hilton, got famous for blogging because people hated on him.

I’m sure Conan O’ Brien gets his share of haters too. Look where that got him? The haters got Conan to take over for Jay very soon. So….yeah….

More on it here and I”m sure you can find plenty of other news stories on the web about it:

Looking forward to it!

Oh my. Did President Obama screw his first TV appearance on a talk show or what? He just went on “The Tonight Show” and made fun of the Special Olympics. It was a joke, I know, he did this to make fun of himself of his bowling skills but I actually agree with TMZ for once, that if Bush said it, everyone would hate him for it, and the public will stay behind Obama’s side 100%. There’s a double standard there.

Barack Nobama continues to show that he is the wrong guy for President, see it here for yourself, I did watch Jay Leno last night:

Presidents are supposed to care about the mentally retardation, not make fun of them and not bash ’em. I vote IMPEACH BARACK OBAMA!

I never make fun of mentally retarded people ’cause it’s wrong. It’s wrong, offensive, and immature. The special people can’t help what they are, because they were born that way.

Of course, there will be mixed opinions on this incident. Some people will find Barack’s joke hilarious, and some will find it offfensive. Well, I find it offensive.

I was never the type of guy to make fun of people, it’s just something I don’t do. When you’re an adult in the real world, it’s a childish thing to do to be a high school bully right now.

Last night’s final “Late Night” show with Conan was a really good one. The show dragged on a little longer so Conan can do a long goodbye message doing all of these “thank you’s” and all that. Notice how in his goodbye message at the end of the show, there wasn’t one mention of Jimmy Fallon taking over his place soon? Weird. Conan was looking so nervous and emotional, he almost cried at the end of his speech, but then he lightened up quickly by saying something like, “taking over the Tonight Show will only get better”.

He had quite a career ride. Conan taking over Leno will not fail with ratings at all. This will only make Conan an even bigger of a star. A LOT more people will watch Conan now that he will be on an hour early soon.

I love Conan, been a longtime fan for years, I’ll be watching him on “The Tonight Show” when he makes his debut on that soon. I have no interest in watching Jimmy Fallon’s show. Unless, Jimmy Fallon has celebrities on his show that I’m a fan of, maybe I’ll watch it, but I’ll be watching Conan all the time still like I always had. It’s kind of sad that he will no longer be a New Yorker, but him moving to a different show is a huge opportunity for him, he will be more famous and big than ever.

Congrats to Conan, I’m happy for the guy. Usually I’m never this happy toward celebrities I don’t know about, but I am with Conan. He’s the fuckin’ man!

The White Stripes were really good too last night by the way. Jack and Meg are both looking great. The song they did was great.