Bono, the lead singer of U2, makes a rare and surprise public appearance at “The Living Room” music venue in NYC to perform, a song with Irish singer/songwriter, Glen Hansard. I believe Glen and Bono are pretty close friends, as they are both from, Ireland. Glen was in NYC last night to play an intimate acoustic show, and Bono just happened to be in town, so Glen invited Bono to sing a song with him.

Pretty cool performance, and this proves that Bono can really sing too. 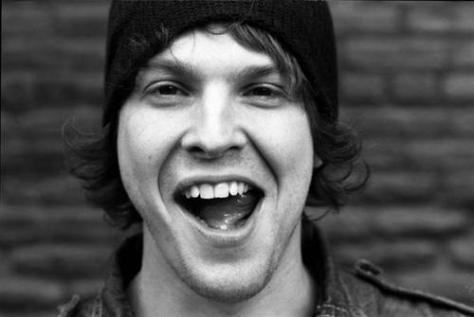 Singer/songwriter Gavin Degraw was rushed to a hospital after he was brutally beaten in the streets of NYC late on a Sunday night. Gavin lives in NYC and he’s currently on tour with Maroon 5 with his next show scheduled to be at SPAC in Saratoga Springs, N.Y. this coming Tuesday. Nobody knows how badly he was beaten or why they attacked him.

No matter what you all think of the guy or his music, he’s still a human being. He’s an innocent man who didn’t deserve this. My bet that he was mugged. Maybe the attackers were trying to take his money or whatever valuables he has on him.

It’s sad what’s happening with celebrities lately. A lot of celebrities are getting beatings, they even get stalkers by obsessed fans, etc. I’ve been saying for a long time now in this blog, that fame is a dangerous world. It’s true if you think about it.

Yes, I’ve been following it. How the Spiderman shows in NYC are having too many accidents and injuries. The shows sets and stunts have gone wrong, that actors are getting injured. Want to know what my thoughts on this? I know y’all don’t wanna hear this, but it needs to be said. Here’s the deal…

When I heard that Julie Taymour is going to do a “Spiderman” Broadway show in NYC, I said to myself, “Is she kidding me? How the hell is she going to pull this off?” The thing is, bringing comic book super heroes to the theater stage would be very difficult to do. It’ll take a lot of professional stunts and crazy effects that would be impossible to bring to the live stage. If anything, I think the crew behind this broadway show hired the shittiest stunt men for the show.

Bringing Super hero movies to the big screen in the movies is appropriate because that’s much easier to do, but doing it for Broadway theatre would be very dangerous. If they were serious about this, “Spiderman” musical, they would take their time to rehearse their stunts, so it can be for their own safety. It seems to me that the actors doing their own stunts weren’t professionally trained.

They should just cancel the whole thing for good. They would never successfully have a good Spiderman show, ’cause they will keep getting more injuries if they keep at it.

Are you just dying to see Pee Wee Herman, live in Broadway, but you aren’t able to get tickets and can’t go? Not too worry! HBO just scored a deal to air the Pee Wee’s Playhouse Broadway show live on Jan. 2nd. Be sure to mark your calendars and get your DVR’s ready. I’m definitely watching this!

As the article said, it was HBO that helped make the debut of Pee Wee Herman, 30 years ago. That was long before Paul Reubens fame and fortune. He was an unknown back then. Then Tim Burton got him for “Pee Wee’s Big Adventure”.

Actor and musician, Kevin Bacon, was in a NY city subway station, while waiting for his train to show up, he was fooling around with his Blackberry. A thief walked by and snatched the Blackberry out of his hand, and ran off. Bacon tried to chase after him to get his Blackberry back, turns out the thief is a faster runner than Bacon is.

In Hollywood movies, Bacon is able to hunt down criminals, but he isn’t able to do that in real life.

The comments in TMZ are wondering, why he used a Subway train to get where he needed to go in NYC when he has tons of money to go around in a limo or a taxi?

He’s not that type of guy where he has bodygaurds, hides in limos with dark windows, etc. He wants to be part of the normal, every day world type, if you know what I mean. That’s probably why he is easy to notice out in public in NYC.

In other words, he wants to be a real person. He’s not that ego celebrity type where they can’t be seen by the public.

While I find the Flight 1549 crashing into the Hudson River in NYC and everyone survived to be an amazing story, I find it laughable that they made the pilot a hero of this whole thing.

The way I look at it, the 155 people that survived are the real heros, they had chosen to survive and to go through with this thing in the freezing cold, they are the brave ones.

I would think Captain Sullenberger himself would agree on that one. All pilots job is to keep passengers safe and alive, that’s what they are payed to do when flying a plane. His only goal was to land safely so he had no choice but to land in the river, it’s the passengers that did their best to survive the whole thing, not the Captain’s. Shame on the media for calling the pilot a hero, and not the survivors, just a sick ploy to get more ratings for their TV news shows.