JJ Abrams has finally completed, “Star Trek”. It’s all ready to go, ready to be released, and ready to be marketed!!! JJ actually completed all the scenes for the film around Christmas time. The final step was the sound editing which were done by Oscar winner Ben Burtt.

Now expect JJ himself and the cast members to start promoting the film everywhere in the media. Yes, you will probably start seeing Zachary Quinto, Chris Pine, Eric Bana, etc. appearing on late night talk shows such as Jay Leno, Conan, Carson Daly, Letterman, etc. to plug in the film.

With the recent death of Majel Barrett-Roddenberry, that’ll help grow some interest of non-Star Trek fans to help celebrate her work with Star Trek to see what she’s all about.

Read more about the production of “Star Trek” here:

Glad JJ finally finished the film. He’s been working on it for at least a year, I think? May 8th is about 4 months away. Just around the corner. I’m sure the movie will be a smash hit and will be the most successful “Star Trek” film ever.

Even if you’re not a “Star Trek” fan, you should really see this new film and it may want you to get into “Star Trek” more. I’m dyin’ to see this flick, ’cause I want to see Eric Bana as Nero the villain, that villain looks so freakin’ badass. Plus the entire film overall, looks so great. Can’t wait to see this movie!!!

Here are photos of the memorial service of Majel Barrett-Roddenberry (photos courtesy of trekmovie.com)…

A large photo and flowers of Majel…

Marina Sirtis (Deanna Troi from the Next Generation) chats it up with George Takei (Sulu), the old man in the middle is the Paramount executive, A.C. Lyles.

Nichelle Nichols and Walter Koenig chats it up with “Deep Space Nine” star Chase Masterson, look like Chekov is enjoying himself a piece of cake or something.

Will Wheaton (Wesley Crusher from The Next Generation) and his wife chatting it up with Roddenberry.com site admin, Trevor Roth.

Nichelle Nichols the original Uhura first showing up at the memorial service, notice her face, she looks very sad…

Star Trek “Voyager’s” Robert Picardo (he played the doctor in “Voyager”) posing for the camera.

Again, no sign of William Shatner and Leonard Nimoy being at the funeral. JJ Abrams himself didn’t even attend. If there’s more memorial service pics I’ll post ’em.

Majel Barrett-Roddenberry, the first lady of Star Trek, has been laid to rest today. She was laid to rest at a Los Angeles cemetery. The funeral service was open to the public. It was even opened for Star Trek fans, yes, many of the Star Trek fans showed up wearing Star Trek uniforms, pins, and other clothing you see in the series. Some cast members of Star Trek showed up as well. Star Trek veterans, Nichelle Nichols, Walter Koenig, and George Takei were there to mourn their friend. There was no sign of William Shatner and Leonard Nimoy being there.

Isn’t it amazing that so many die hard Star Trek fans all over the country travelled all the way to L.A. to support a famous person they don’t even know? At a funeral? As a die hard Trekkie myself, I couldn’t even attend the funeral ’cause it would be too emotional for me. Yes, I probably would have cried if I attended the funeral. This moment is almost like Spock dying in “Star Trek II: the Wrath of Khan” but this is obviously real life.

RIP Majel, such a sad loss. We shall celebrate her work with the Star Trek computer for one last time when we see JJ Abrams new film.

In honor of John Travolta, whether you agree with his Scientology stuff or not, you’ll have to admit that he has starred in some really great films.

These are in my opinion, his best work he’s ever done…

(Need I say more? His best role, his best character in one kick ass film. In fact, I’m in the mood to watch this tonight!)

(Another one of his best roles, he plays a really good character in this flick, this movie is funny and very enertaining)

(A John Woo directed, action/thriller where he stars with Nicolas Cage, a great film, it’s another one of my favorite’s of Travolta’s)

He also says that Michael Myers will be even more evil than before. Michael will be more intense, bigger, meaner, and nastier. Tyler Mane is set to reprise his role as Michael.

Very cool. Hope he sticks to his word that Michael will be meaner. Keep it up Rob!

Again, this flick “Inglourious Basterds” is a WWII flick using Nazis for the film. A lot of people seem to love Nazi flicks and this will indeed be more bigger than “Valkyrie”.

As a huge Tarantino fan, knowing how his movies are, the movie will be full of swearing and cussing all the way through…the violence will probably be nasty, bloody and gory. There will be the usual foot fetish cameo’s thrown in there, maybe a usual Uma Thurman appearance. And Tarantino will probably pick some cool kick ass songs that’ll go with the movie.

I just wonder how long this flick is going to be. The latest I heard, the script is so long that the movie will be over 4 hours that’ll split the film up in two different sequels, just like with Tarantino’s “Kill Bill” films.  Not sure if this is the way it will turn out, I’m sure we’ll get word on how long this film will be soon, but it’ll definitely be about 3 hours long or a little more, that’s what it’s sounding like.

I fuckin’ love Tarantino flicks and I look forward to any film he does. His latest flick “Death Proof” was really great, I think that was Kurt Russell’s best role.

Don’t think “Wall-E” will ever get the nomination for “Best Picture” at the Oscars? John Lassetter who serves as governor of the Academy’s animation branch, says it’s very possible, it could get the nomination.

And Wall-E is up there in the top contenders:

Animated films deserve a chance at getting more than just a small “Best Animation Award”, the Academy is looking to change that.

I don’t think Wall-E is Oscar worthy enough to win “Best Picture” but it certainly deserves the nomination for sure.

Happy New Year everyone! It is here! The first day of 2009!!! In this entry, I will name my 10 most anticipated films that I plan to see in 2009. I did this top ten list for 2008 films last year and I saw all them films listed I wanted to see. This year I will do the same.

(Rob Zombie’s Halloween sequel is something to look forward to this year, indeed)

(The Nicolas Cage starrer, a remake of a 1992 cop film that starred Harvey Keitel)

(If Warner Bros. wins this battle against Fox, and if they successfully release it, this is a movie we all should look forward to)

(I can not leave this one off the list, I am definitely looking forward to this one)

(The Sam Raimi horror flick is slated for a May 29th release, Raimi back at the genre where he belongs)

(The new G.I. Joe flick based on the iconic action figures, film stars Dennis Quaid and others, I also can’t wait for this to come out) 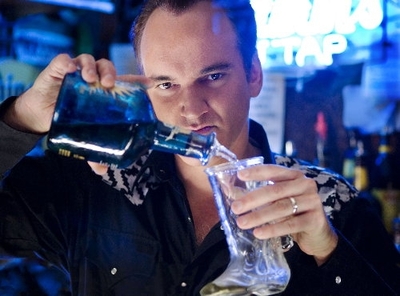 “Inglorious Bastards” stars Brad Pitt, Mike Myers and a bunch of other casts. “Bastards” took Tarantino years and years to write the script,  he’s finally getting the film off the ground and moving forward. The film will be distributed and released through Universal Pictures.

It seems that Hollywood can make a movie based on everything these days. A while back, Hasbro board  game company has collaborated with Hollywood studios to make their board games into films like “Monopoly”, “Candyland”, “Battleship”, “Ouija Board”, etc. Just recently legendary film director, Ridley Scott has been signed to helm the “Monopoly” movie. All of this was because of the successful “Transformers” film directed by Michael Bay and stars Shia Labeouf.

There is also all kinds of iconic toys of all times being made into films.

See the article here at Variety:

Hate the Barbie toys or love ’em, I think the Barbie movie will be good for the little daughters for those who have families out there if they make the film right for the kids to enjoy. It’s nothing I would see of course, but for you parents out there who have a little daughter, hope Hollywood makes the film enjoyable for the parents to see also.

I can see the Hot Wheels movie being a good action movie ride depending on what the story is to that one.

These toys and board games being made into films is interesting to me and I’m looking forward to seeing how they are going to pull these off. They already tried it with “Clue” that stars Tim Curry and that was a great film too.