Here is a pretty cool article about the Expendables 3 at Cannes which is a yearly film festival in France. Sly hints at retirement from Hollywood which maybe possible that this is the final Expendables movie that Sly will star in. I love seeing Harrison Ford and Mel Gibson together in these photos. Mel is looking good and it’s great to see him smiling and enjoying himself for a change.

Check out the article here:

I hate that we have to wait all the way to August to see Expendables 3. I love these films!!! Yes, I loved the first two and looking forward to the third! 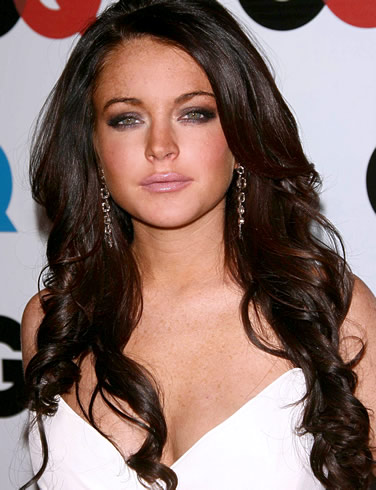 Yes, as the title of this topic says. I believe in Lindsay Lohan. Why? She maybe the most hated celebrity in entertainment media today. She’s a target in the press and the tabloids. What makes me sick is that every move  Lindsay makes. Where ever she goes and whatever she does or says, it have to be huge media news. It’s like she’s being watched like a hawk by the entertainment media. She’s like a puppet pulling her strings by the media. The press and the tabloids report everything about her life because it’s good material for the public to speak out and to help promote their companies.

We all know that Lindsay Lohan loves to party. She parties hard. My opinion on this? So what? Who cares? She’s a young 23 year old. A lot of young people her age parties just as hard as her, maybe party even worse. I know a lot of people that parties hard just like her. What is wrong with it? Why does that make her evil that she wants to have fun? She’s in trouble with the law and fled to France to attend Cannes, yes. It’s a free country. She has a right to do that. She’s an adult. She’s not a baby. She can do whatever she wants to do. The media, law enforcement has no right to make decisions for her.

Like I said, there are young 20 year olds who are not famous that are just like her. Parties hard and gets in trouble. It’s a big deal with Lindsay because she’s big and famous. She may drink a lot, smoke weed and maybe do other drugs as well, but like I said, and will say it again, there are young people like her who are no different. When will Lindsay grow up, clean her act and stay out of trouble? That’s her decision. Not yours. If she wants to be a crazy party chick, that’s all cool with me. She’s just being herself and being who she wants to be.

When you reach the age of 35 or older, that’s the kind age when you look back and say to yourself, “What am I doing to myself, I need to get clean”. It’ll take time for Lindsay to get clean. It won’t happen right away. The only reason that the media and the tabloids are all over her, they love the fact that the celebrity women are turning out to be trainwrecks. It makes good press. How is that she is a trainwreck? I find her just a normal girl that just wants to have fun like all the others.

All this law enforcement stuff was all under control and force by her asshole father, Michael Lohan. It’s obvious he wants his own daughter arrested. Don’t want your kids turning out to be party animals? Then you need to raise them right and responsibly. Michael failed as a parent and a horrible parent. He’s the one who should feel ashamed of himself. Not Lindsay. Lindsay’s all cool in my book.

Naomi Watts pictured above…as Marilyn Monroe for the biopic film, “Blonde”. Great work. Makes me want to see the film. Naomi is perfect. I always thought she would make a great Marilyn.

Well, Sylvester Stallone himself responded to “Rambo V” rumours immediately after the poster was spotted at Cannes. Sly himself tells AICN, that he’s definitely done with Rambo for good. However, he says Miramax can feel free to go on without him if they want to continue the franchise.

Does this mean that there will be a Rambo “prequel” or a “reboot” on the way? I would prefer a “prequel” of First Blood, instead of a “remake”. A prequel to “Rambo: First Blood”, the first one would be interesting. They could hire a younger actor to play John Rambo. A younger actor that looks similar to Sly. It be interesting if a Rambo prequel actually shows his days during the Vietnam War. “Rambo V” without Sly starring as Rambo and him not directing wouldn’t work. So this leaves open the possibility of a “prequel” or a “remake” is on the way.

If you think Rambo can’t go on without Sly, maybe it can. “Terminator: Salvation” went on without Arnold being in the lead, and that film was successful. So maybe it can work, never know.

When Sly Stallone announced publicily, he is retiring Rambo, he said he was “99.9 %” sure. Meaning that it’s not “definite” that he will retire the character. Seems like it was a trick all along ’cause an official “Rambo V” poster has been spotted at Cannes film festival (pictured above). Notice the Miramax logo under the poster, that means it’s official that “Rambo V” is coming.

Sly must of came up with a story that would work for “Rambo V”. Either that or Miramax didn’t want Sly to retire Rambo so they paid him more to do another one?

The first two pics were taken at the Nu Image/Millenium booth at Cannes, while the bottom pic was taken at the docks outside of Cannes where a huge poster billboard is high above the people.

Fucking cool, unbelievable! I LOVE IT! I’m getting so stoked for this film! 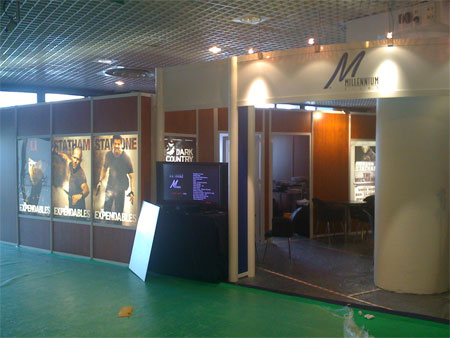 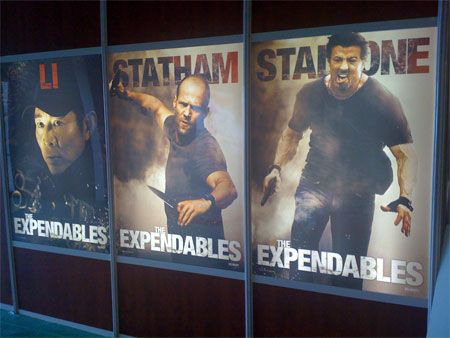 A smiling and upbeat Michelle Williams shows up on the last minute at Cannes to the premiere of her film “Wendy and Lucy”. In the film she plays the leading role of Wendy. Michelle Williams is the ex-girlfriend of the late Heath Ledger who they have a daughter together named Matilda. Michelle Williams has been out of the spotlight and stayed low for a while since Heath Ledger’s death, this is her first public appearance since Heath’s funeral. The people at Cannes were stunned and amazed when she showed up wearing the white dress and looking gorgeous as ever.

“Iron Mike” arrives at Cannes in France with wife and kids.

The Tyson family posing for photogs.

Mike, “Get that camera away from me, punk or I’ll bite your ear off next.”

That’s all for now.

Penelope leaving photocall after her photo session is done.

Photog #1: “Oh my, she looks beautiful”, Photog #2 “I’m about to drop my camera because of her smile”, Photog #3: “Please turn your head this way sweetheart”, Photog #4: “Penelope want to hang out with me after this?”

That’s all for now, no word if Scarlett Johansson appeared at Cannes or not but I’m looking.

Jack, “Come on, take a picture of my big ass, will ya.” (note the cameraman behind Jack pointing the camera at Jack’s ass)

A pregnant Angelina Jolie arrives at Cannes, damn she’s gotten BIG! She’s definitely having twins or triplets for sure!

Um…leave your clothes on Jack please!!!

Wait…is that Dustin Hoffman? Yep, he does a voiceover for Kung Fu Panda as well.

Dustin not only poses for photographers, he poses with them too!

Dustin, Angelina and Jack being in a good mood. Oh my, Angelina is just as fat as Jack! Yikes!

More Cannes photos to come as I find ’em.